Scroll below to read the featured articles from the July 2020, Vol. 23 Park Post

What’s in a Name?

When I first moved to Seattle, I was curious about how King County got its name. Considering that the county’s establishment dates to the mid-19th century, the logo of Dr. Martin Luther King, Jr. the county uses seemed too “modern.” Seattle sports a stylized image of its namesake Duwamish chief, Sealth, a name I was vaguely familiar with. What about that image of the slain Civil Rights leader and the state’s most populous county?

Research shed some light on the subject. King County was originally named after the thirteenth vice president of the United States, William Rufus King. Neighboring Pierce County bears the name of the president King served under, Franklin Pierce. Clearly these names reflected a time when the two men were known, recognizable to all Americans. Unfortunately, William King owned a cotton plantation in Alabama, one of the largest in the state, where he exploited as many as five hundred enslaved people. He was a wealthy man thanks to the insidious institution. In addition to that ignoble distinction, King was the shortest-serving vice president in American history, only holding office for forty-five days before succumbing to tuberculosis.

Times and sentimentalities change. By the late 20th century, it was clear that a county incorporating one of America’s most dynamic and progressive cities could no longer be saddled with the name of a profiteer who capitalized on brutality and human bondage. In February 1986, the King County Council changed the namesake of the county to honor Dr. Martin Luther King, Jr. In doing so, the county could keep the name “King” to honor the slain martyr, Nobel Peace Prize winner and world-renowned leader of a movement that still resonates today. It was a nomenclature no-brainer. To me this legacy is something to be proud of, a name representative of a diverse, forward-looking community. I look at the black-and-white King County logo with a sense of satisfaction, one positive in these troubled times. 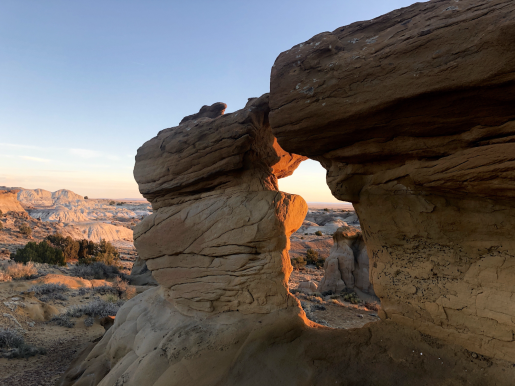 Staying Productive While Working From Home

Hi everyone, and Happy July! As Seattle’s days become reliably nicer, I thought it would be a good time to talk about how I stay motivated and productive when the Seattle sun is calling. Here are some workspace principles I’ve found useful, and that I implement when possible:

While working with deadlines and a team, the tips above have made it much easier for me to take advantage of remote work and enjoy outdoor sights (like the one above) with a clear head and a clean conscience. I hope they help!