What do you love? Picture something you love inexplicably, something that makes your heart sing. A tree, a poem, a person, a song, anything. Hold on to the feelings you feel, breathe them in, let them flow over you. 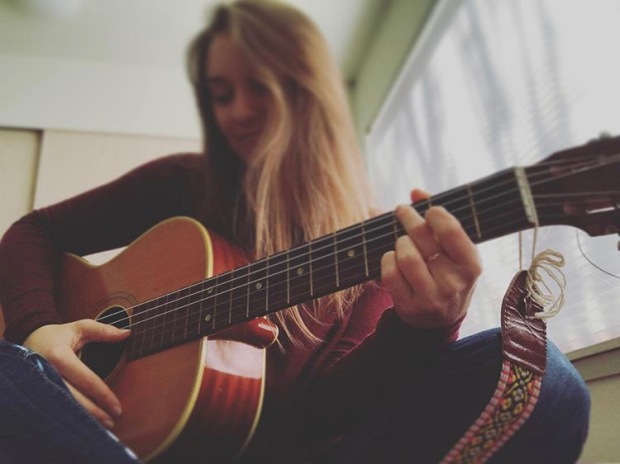 The other day I experienced something has only happened to me a few times before, something I love. I was sitting on a chair in the lobby of One Union Square in Downtown Seattle waiting for the clock to hit 9:00am. I had headphones in, I was listening to music, and I was working on this blog post.

A particular song comes on and my fingers rose from my keyboard, my eyes shut. It’s almost as if I lost control of my body for just a moment. I don’t remember wanting to lift my hands up or close my eyes, my body just did it and I don’t know why. The first touch of the guitar elicited in me a feeling that I’m still trying to find words to describe.

The sweet sound flooded my entire being with adrenaline and excitement. Love and peace hit me in the chest. My eyes watered inexplicably, my soul was stirred. That feeling, though rare, is what I love. When something as simple as the intro to a song stirs you so unexpectedly.

Dear reader, this is a story of music and me.

Stories are words that outlast time, words that people will feel for a lifetime.

My finger grazes over my phone screen, pushing “play,” a song comes on. But this song isn’t just one, it’s three. Like most stories, it has a beginning, middle, end.

A dreamy beginning. The listener floats through the air, as if drifting on a cloud.

A progressive middle, a crescendo. It takes elements from the dream and turns them into a journey, building taller and climbing higher.

“If I ever get out of here” starts the middle section, and I think the writer wants to escape, echoing the beginning sentiment of being stuck, but a bit more desperate.

The end is introduced, sounding lighter, happier. The finale isn’t flashy, it’s acoustic and melodious; it’s the calm the listener didn’t know they needed to feel. To me, it’s the end to a story of loneliness.

“The rain exploded with a mighty crash as we fell into the sun.” This line is both breathtaking and terrifying, begging you to take a step past logic and activate your imagination.

The song runs through stages, telling stories of life, loneliness, fantasy, and perhaps a longing for something new. This is my interpretation of the song, but this song belongs to someone else. It’s someone else’s personal and raw emotions. It carries meaning to them that only they know. The song tells their story, and from their story, I can find connections to my own life; connections that make it feel like this songwriter is my best friend.

Paul McCartney and Wings recorded the song from above in 1973 (it’s called “Band On The Run” if you’re interested). 46 years later I get to listen, learn, and connect to it, all because the story was told. They knew all those years ago that their words and melodies were worth sharing in the hope that one listener might feel a connection somewhere down the road. 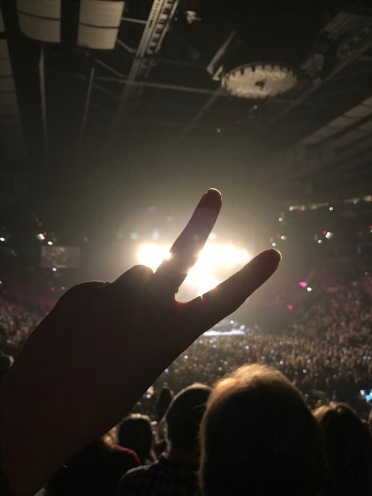 I’ve been around music my whole life – I started playing clarinet in fifth grade, and played for nine years. In those years, I also played a variety of percussion and drum instruments, as well as guitar. I’m an avid concert-goer and live-music finder. Music was and one of the only constant things in my life.

When I couldn’t find solace in anything else, I found it in music, both playing it and listening to it. I can’t always explain why, but music tugs at my deepest being: it brings tears of joy and sadness to my eyes, it feels like home. Music created a sense of place for me, and I’ve always felt safe and comfortable in it. I know music isn’t a physical “place,” but sounds can create the most familiar place I know. The sound is where I belong.

Though I’ve been playing music since I was 10 years old, I’ve never considered myself a musician because I never have liked the way my original music sounds. I enjoy playing music that others have written, and singing along. Though it’s not my music, it becomes a personal journey when I begin to learn how to play it. I take a step through the artist’s mind, attempting to understand the infinities of their thoughts: how they created a rhythm, what inspires their words, or how they make their guitar sound sad. I see and hear the artistry, but feel the mastery of their craft. 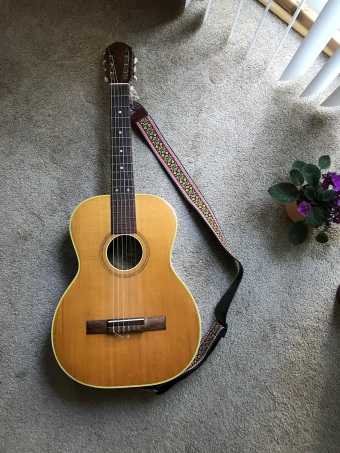 The most touching parts of music can often be the smallest part of a song. It can be the most basic melody, as recognizable as Here Comes The Sun by The Beatles, or it can be the simplest lyric, such as “let it out and let it in” (Hey Jude, The Beatles—if you can’t tell already, I love The Beatles). These small words and melodies impact all kinds of people in different ways, and may not be that “small” after all.

I love finding music that commands my attention, music that makes me close my eyes and stop what I’m doing. I hope that you find something you love—song, a picture, a poem, a drawing, anything—that commands your attention, speaks to your soul, tells you a story, and reminds you that you can tell your story, too.