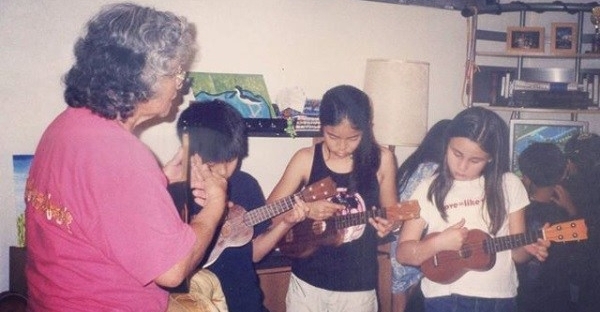 “Who are you? What is your story?” If you were to ask me this question a few years ago, I wouldn’t have been able to give you an answer. A part of me would have felt that my story wasn’t important enough to share. Another part of me wouldn’t have known what to tell you. It’s a question that I’m still trying to answer and claim for myself.  Identity regarding my ethnic background has been one of the more confusing topics that I’ve struggled to explain. “Confusing” not in the sense that I don’t know my ethnic background. It was confusing trying to understand how I fit into that identity. 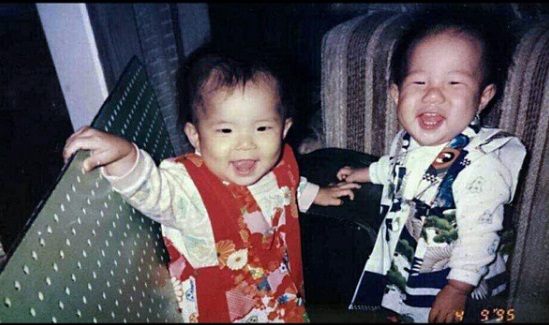 Me and my brother, almost a year old, wearing Japanese styled vests, the only Japanese attire I remember wearing.

My explanation about my identity has always been, “Yes, I am full Japanese, but I don’t know any Japanese and neither do my parents” or “I am full Japanese, but I never grew up celebrating Japanese culture.” My uncertainty and rebuttals within my answers stemmed from never really feeling “Asian” (whatever that should mean) and not really feeling “American” either. Instead I felt like I was “Hawaiian” (again, whatever that should mean). Just to clarify, Hawaiian is an actual ethnicity. If you are born and raised in Hawaii like I was, but  aren’t of Hawaiian ethnicity, you don’t say that you’re Hawaiian like we say Seattle people are Seattleites. You are a Hawaii local, a “kamaaina” or, children of the land. But when I was younger, I thought I was of Hawaiian ethnicity because my grandma did things that I thought were “Hawaiian.”  She played the ukulele, taught us ukulele, knew Hawaiian songs and words, and taught us those Hawaiian songs and words.

However everything changed, once my mother corrected me. I have this very vivid memory of little ole me sitting in the back seat of my mom’s car talking out loud about how I told someone that grandma was Hawaiian –enter dramatic pause and slow-mo clip– when suddenly, my mom said, “Nooooo, Shannon. We’re just  Japanese.” I think a part of me was heartbroken and lost after that.  After it sunk in that my family was “just Japanese,” I had a hard time figuring out what about us, beside what we looked like, made us “Japanese.”

Fast forward past 12-14 years of my life, brings me to my college years. I guess I never thought about my ethnic identity until then, or I thought about it but just left it on the back burner thinking I had already come to a solid conclusion. In college, I took an “Asian Americans in the Media” class as a requirement. I thought it would be interesting but I had no idea what it was going to cover.  It quickly became the most meaningful class for me. We talked about stereotyping and discrimination and the lack of visibility of Asian Americans in the media. Something about that really connected with me. Maybe I didn’t “feel” Japanese because I never related to the stereotypes that were represented in the media. Maybe I didn’t grow up with traditional Japanese culture and heritages, but I began to realize that my “Japaneseness” isn’t defined by those things. I wanted to learn more. I wanted to relate more. I focused more on what it meant to be “Japanese American,” not what it meant to be “Japanese.”  So I pursued an Asian American Studies degree and dove in deep. Through every class I took, I constantly looked for something in history and culture that would relate to me as a Japanese American.

I learned about Japanese Internment,  the forced relocation and imprisonment of 120,000 people of Japanese descent, 63% of which were Japanese Americans, into internment camps. These actions were put into place through Executive Order 9066 shortly after Imperial Japan bombed Pearl Harbor. Due to hysteria, propaganda, and outright discrimination, people lost their homes, businesses and some even lost their lives. The National Parks Service protects the land and history in Idaho where 9,000 Japanese Americans  were imprisoned at Minidoka Relocation Center, to commemorate those who were imprisoned there. Although this was a major part of Japanese American history, this was not in my family’s history. My family was fortunate not be interned. One of my great grandfathers was a Christian pastor and was needed to minister to families on Maui who lost sons during the war. My other great grandfather may have been interned as he was a Japanese school teacher, but he died of tuberculosis just before the war started. Realizing I couldn’t relate to the internment, this big part of Japanese American history, I didn’t feel Japanese American either. Selfish I know, but I realized we can piece ourselves together through the history of others, but we bind ourselves by understanding our own personal history. I’ve come to understand that my identity is not determined by a list with check marks that “proves” that I’m Japanese American. My Japanese American identity is unique because my family is from Hawaii.

What I felt encouraged to do through my Asian American Studies classes was to learn about my own story. Yes, my family did not go through what other Japanese Americans faced, nor should anyone have to go through that experience, but who were they? What was their story? I opened the floor to questions with my family members. Through our conversations, I learned so many amazing things about my family. It makes me proud to see where I come from. 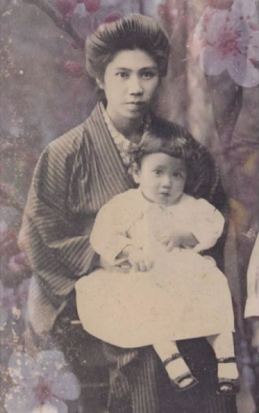 Back in 1906, one of my great grandmothers came to Hawaii as a picture bride to marry a man that was living there. Story goes, she ended up not marrying the man, it’s unclear to say whether it was a mutual agreement by both parties, but she took off and decided to make a life of her own. She went to Molokai to be house help in a white family’s home. While working there, she learned English from a family, she found love, she took care of six children while her husband contracted tuberculosis, she recovered from tuberculosis, and lived a long life. Nobu was her name (pictured left), and the little girl sitting on her lap is my great aunt, Yuriko. In my family, having the “Nobu spirit” is a complement; it is knowing that you have an independent and strong personality.

I didn’t grow up speaking Japanese, nor did my parents speak Japanese (they’ve never even visited Japan). I’ve been scolded by Japanese speaking customers at the supermarket that I used to work at about how “shameful” it was that I didn’t speak the language. I only started learning Japanese in college because I wanted to connect to my Japanese heritage. But believing that I could only connect to my culture through its language was completely invalidating. I struggled learning the language. When it came time for our mid-term project, I had a hard time retaining words for the skit that we had to present. Seeing how hard I was struggling, one of my group partners mentioned to me that maybe I should record myself saying the lines and listen to it on my headphones, like a song, since I was always singing or humming in class. I think this is when I realized that my language growing up was music. Ever since I was little and could comprehend words, my grandmother made a huge effort to have us, me and my siblings and my cousins, learn music. She was a music teacher, who was found to be musically gifted with the piano at  an early age. She passed her knowledge down to her children, my mother and uncle, and then to us. We practiced reading music whenever she and papa would take care of us, she taught us piano and ukulele, we learned chords and technique, and we would (and still do) sing before we eat dinner at her home. It is our tradition, it is our heritage, it is our language. So, no. I do not speak Japanese, I am fluent in music. 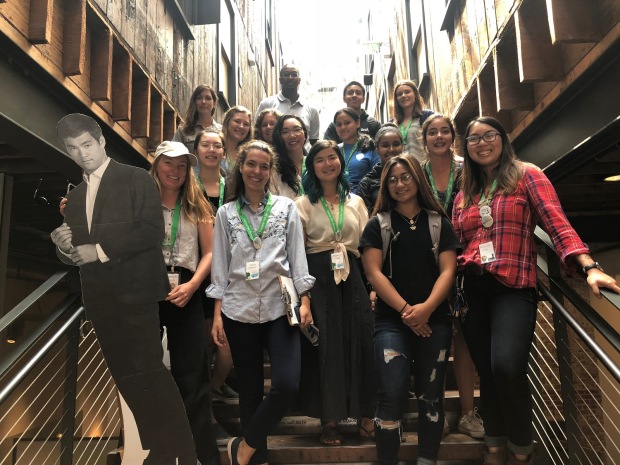 IMBY & APAP 2018 at The Wing Luke Museum of the Asian Pacific American Experience.

I used to think that the only people that had stories worthy of being shared were people who were famous or of importance, and that stories worth sharing were just the ones that were really unique and interesting.  I can remember times in my life where I felt that my life or my personal issues didn’t matter. However, as I come of age and have the privilege to hear so many fantastic stories through coworkers and exhibits at The Wing Luke Museum, I’ve come to realize that my story is just as meaningful and worthy of being shared as everyone else’s.

Through the In My Backyard and A Place at a Park programs, I had the privilege to create a workshop focused on storytelling. As a mentor, I wanted to emphasize to each student and staff member how important their stories are, because it’s their individual stories that both bind us together and make us realize that each of our journeys is unique.

Who am I? What is my story? I am a Japanese American from Hawaii. Music is my language. And I’m still learning about myself today.

BY SHANNON URABE – IN MY BACKYARD INTERN, SUMMER 2018