I have to admit, I love photos of myself now. When I was in high school I was “gawky,” as an acquaintance five years later coined. We and a bunch of other young-adult friends had just spent a tiring day in Hiroshima City, Japan. We went around guessing how we were all like in high school. He wasn’t wrong. I was awkward and hated seeing myself in photos. However, over time I started to realize the importance of preserving my memories through photography, particularly self-portraiture. I came to learn it as a way to get out into the world and tell the visual story of my life.

A mirror selfie from my trip to Teshima, Japan – February 2016

Months later at the University of Washington, I started distancing away from feeling awkward about myself in photos. A friend wanted me to be her model for photography class, and that changed how I saw myself forever. It took me awhile to realize wanting to come across a certain way starts with being completely honest with one’s looks, and going from there. It’s a balancing act of what works for oneself, and what brings out one’s best. For example, I started with embracing my hair’s natural, Moana-looking waves instead of burning it with a straightener every day. Natural-looking makeup with a light SPF 15 started to make its way into my routine. Then, to make myself more comfortable with how I looked, I started taking selfies.

Me with my Honors Sociology cohort after our departmental research symposium. – May 2014

Flash forward to four years later. I was graduating in the new Husky Stadium. My hashtagged selfie made it on the big screen to packed stands of people. I’m still screaming internally over how nerve-wracking it was to post that, but it was a huge leap for me. It was really important that I marked such a significant time and place in my life.

When people graduate, they can take on several paths. Some move back with their parents, now able to relate to them in a more mature light. Some continue on with their education, anxious to see a professional future for themselves. Others travel the world, hoping to find out more about themselves while learning about other cultures. 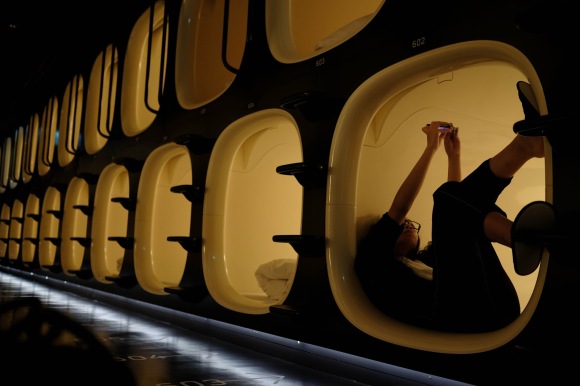 I chose the third option, and made one of the biggest, life-changing experiences of my life — one that required I be quite alone most of the time. I would go on many adventures alone. Going about my everyday life abroad, I wanted to see myself in all the places I traveled. I wanted to commemorate a visual relationship with the life I was living and the adventures I was having, so I saved up for a good used Fujifilm X-T1 mirrorless camera, with remote access view via smartphone app. It became my primary tool for going out in the world, and shooting my travels. Investing in what is essentially an expensive selfie machine also meant teaching myself how to use it. I taught myself everything I could about photography in my free time.

The process of taking one’s own portraits can be a bit tricky. I put my camera on a cheap tripod and pray nobody walks into it, or that the focus is at least a little decent (most times it’s not).  People will walk by wondering why I’m perfectly still, only to realize too late that a camera is pointed at me. It feels ridiculous sometimes. Images can turn out to be just pictures of me staring at my phone if I don’t pose on time.

Or they just look posed.

Even if the location is just right, a beautiful natural setting can be ruined by the simple silhouette of me looking at my phone. 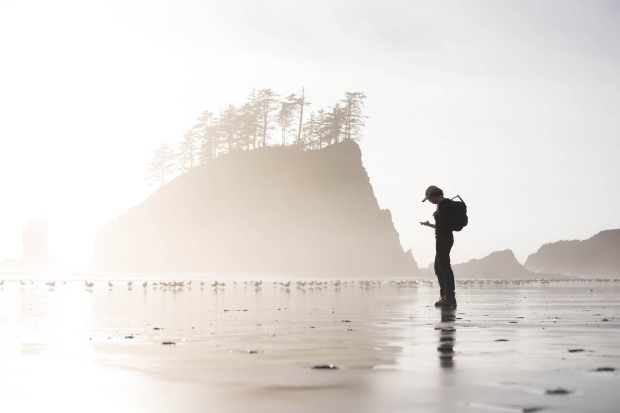 It can take at least 20 tries to get a desired image. Henri Cartier-Bresson said “Your first 10,000 photographs are your worst.” I never keep count, so that quote keeps me going: maxing out gigabytes of SD cards for the sake of practice. This is all in an effort to truly capture how I want to be seen, without fear.

I wonder how I’ll look at my own pictures ten or fifty years from now, and what stories they will continue to tell in the eyes of others. In this digital age where everyone is a photographer, whether it be by phone or DSLR, I don’t see why anyone shouldn’t position themselves in the visual story of their own life. With photo technology being so much more advanced now, we can document every day, hour, and second of life. It’s just a matter of choosing which images, which details, matter most.

My grandmother recently passed away, and we gathered every picture of her that we could, which included some from her younger years. These pictures tell the story of her life. There are some of her and grandpa getting married. In others, she’s in school learning how to be a midwife. There are some of her giving a speech at my cousin’s wedding. Through these images, I was in awe of what an incredible life she had.

Having pictures of oneself can be one of life’s great autobiographical challenges, but can be the most sure-fire way to have a story to tell. By taking one’s own portraits, we tell a story about ourselves that we want to be told. I encourage everyone to get out into the world, have adventures, and write a visual autobiography of one’s own.